A lifeline for Mothercare? 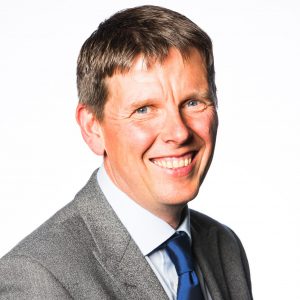 In another blow to the British high street, mother and baby specialist Mothercare this month announced it was calling in the administrators.

The move not only places around 2,500 jobs at risk but also has serious implications for the 6,000 members of its two employee pension schemes. In 2017, when the schemes were last valued, they had a deficit of £140 million.

It is not uncommon in cases like this for the schemes to come under the remit of the Pension Protection Fund (PPF) the industry-funded lifeboat scheme. Whilst this is not ideal for members, it provides protection for a large proportion of member benefits.

However, Mothercare has a lifeline, namely an international operation which in the year to March 2019 generated £28.3m profit, compared to a UK operating loss of £36.3m.

A restructuring and refinancing package which would transfer its two employee pension schemes from the UK subsidiary to the group parent company is on the table. Essentially this makes the international brand the saviour of British pension scheme members and is to be given a cautious welcome.

Mothercare is talking to both its pension Trustees and  The Pensions Regulator about the proposals. The latter commented that in these discussions, its role is to ensure that members’ interests are protected as fully as possible.

Although it’s early days, should Mothercare be successful in their attempts to move the pension schemes, they should be applauded for working hard to protect their members rather than just assume the PPF is ‘a good enough’ outcome.

The week’s news will have come as no surprise to Mothercare as in May 2018 the company went through a company voluntary agreement (CVA) which resulted in the closure of 55 retail outlets and no doubt there has been contingency planning behind the scenes.

As the high street continues to battle the growth of online shopping, high business rates and rents, there will no doubt be further casualties. Not all of them will be able to rely on a strong international presence. We wish Mothercare well with its proposal.