GMP Equalisation – What decisions should you be making 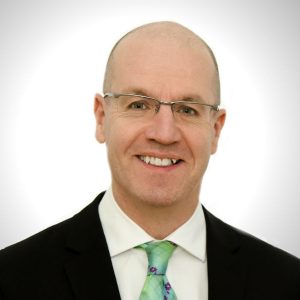 Since the Lloyds Banking Group judgement on GMP equalisation came out at the end of October, there’s been a lot of noise about what this means and the uncertainties that remain, such as:

However, trustee boards need to make some decisions now regardless of the uncertainties that remain.   Trustee boards will need to get legal advice when making these decisions, but we have set out the choices that trustees will have to make for some of the most pertinent issues that have come out as a result of the judgement.

Trustees certainly need to review and update discharge forms, disclaimers and member communications in general and liaison with administrators will be required.  We’ve also taken a look at three scenarios that trustee boards are likely to come across before the uncertainties have been cleared up.

What to do if a member seeks a transfer value quotation

There are at least three options being considered by trustee boards as members with GMP ask for a transfer value quotation.

There is always uncertainty where pension schemes are involved, and we are of the view that suspending transfer value quotations when members ask for them is not going to be the preferred option for most schemes.

What to do if a member who has already received a transfer value quote wants to proceed with the transfer?

Here, a member has already begun the journey and has actively made a decision about their retirement savings.  The trustees’ options in this situation are:

Suspension of transfer payment is again not a preferred option, and indeed could be very disruptive for members that are making life decisions about their savings and retirement.  This is particularly true given the materiality of the equalised GMP element compared to a member’s transfer value.

What should be done about trivial commutations and small lump sums?

This is one scenario where additional caution should be considered. If it is deemed that a further payment to a member is necessary in the future, the further payment may be classed as an unauthorised payment from the scheme, resulting in additional tax charges.  The trustees have two choices:

A scheme may not want to run into significant issues for what (by definition) is a trivial benefit, which could include scheme sanction charges.  If this is the conclusion, the scheme would not want to commence a bulk small lump sum or trivial commutation exercise at this time.  The scheme may also decide that it wants to put in place a temporary suspension of individual cases until the position becomes clearer.

A checklist of actions

2020 Trustees have been working with their schemes over the last few weeks to deal with the consequences of the judgement.  To help other pension boards to work through the issues, we have shared some of the aspects we have been looking at below.

Clearly, legal advice is being taken on the methodology to use to equalise GMP as well as the period over which backpayments will need to be calculated.  There is a question about whether trustees and sponsors should agree to ‘stop the clock’ now.

In term of ongoing funding valuations, there is a question about how to approximately allow for GMP equalisation through an explicit reserve.  Waiting for more information before this is carried out accurately is likely to be a pragmatic approach, but clearly materiality against the sponsor covenant might guide this.

In terms of data collection, the scheme will need historic data for the GMP equalisation process, including contracted-out earnings.  The first step is to identify gaps and work out if these can be filled.  Will the courts or guidance address how to proceed in scenarios where data gaps cannot be filled?

Some of our schemes have decided that early communication to members is appropriate to let them know that Trustees are reviewing the implications of the decision and noting that any increases to benefits are likely to be very small (to manage member expectations).  Specific communications need to be reviewed for members currently retiring or transferring.

Trustees need to understand current administration practice on franking of GMP and excess, as this may be relevant for selecting the appropriate method of equalising.

In relation to historic transfers, retirements etc, depending on future rulings or guidance, these may need redress in due course.  It is likely that this process would require substantial and complex work and so any conclusions around the levels of de minimis will be highly relevant in term of costs (for example, the costs of re-opening estates).

Trustees and their advisers may also need to provide the sponsor with some support in relation to the additional liability that will need to be recognised on the sponsor’s balance sheet for accounting purposes. This may be a particularly sensitive area for some sponsors as we understand that most auditors are expecting this additional amount to come through P&L.

2020 Trustees has a number of scheme buy-ins and buy-outs in advanced stages of completion, and clearly a way forward needs to be found in such situations. Legal advice and analysis will most likely be needed in order to reach a conclusive outcome quickly, as will pragmatic insurers.

Clearly there are a number of issues which will become clearer as a result of any guidance and appeals, but that shouldn’t stop trustees acting where they are able to, and indeed pausing ongoing scheme activity should be a last resort.