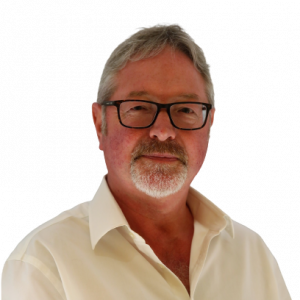 This year sees 20-20 Trustees celebrating four decades of providing impactful professional trusteeship services to the UK pensions industry. Over the next month, we’ll tell you our story; reflecting decade-by-decade on where we have come from and how we always strive to make a positive difference.

In our first of four, Trustee Director Andy Bakewell shares his thoughts on 20-20 Trustees’ beginnings set in the context of the 1980s.

In the decade when Margaret Thatcher was Prime Minister, the 1980s are often associated with materialism and consumerism – it’s also when we first heard the term ‘Yuppie’ to describe the generation of young upwardly-mobile professionals. Most of my working life to date had been spent working for the John Lewis Partnership, although I did have a brief stint with Norwich Union – and no, I was not a Yuppie!

It was also a time of conflict – Argentina invaded The Falklands and Britain went to war, and there was a year-long miner’s strike of 1984 to 1985, when major industrial action within the British coal industry was characterised by clashes with the state. However, it was also a time of innovation – CDs and camcorders were introduced in the early 80’s, and by the end of the decade we were introduced to something called the world-wide web?

In 1982 Channel 4 hit our TV screens and communication was revolutionised by the fact that almost half of households had a telephone in 1982. However, we had to wait until 1988 for the first mobile phone to arrive – but because they resembled a house brick in size and design, it was a while before they really caught on!

As the radios played ‘Do You Really Want to Hurt Me’ from a new band called Culture Club, the Bradstock Group set up a company called Bradstock Trustee Services in Nottingham. The company was mainly providing advice to small, self-administered schemes (SAS) against a backdrop of the recently created State Earnings Related Pension Scheme (SERPS) which had been introduced via The Social Security Pensions Act in 1978. By 1980, The Social Security Act removed the link between a person’s average earnings and the increases in the State Pension.

However, this news was nothing compared to Britain winning the Eurovision song contest in 1981, when Bucks Fizz wowed Europe with the song ‘Making your Mind Up’ as the female band members whipped off their Velcro skirts.  The elation of the nation was topped a few years later when everyone stayed up all night to watch Torvill and Dean win gold at the Winter Olympics 1984.

In 1986, The Financial Services Act came into force and personal pension plans were launched to offer a private means of retirement saving for people without an occupational scheme or who may change jobs frequently. But never mind that… because this was also the year Brits were introduced to their new Neighbours on Ramsey Street.

Bradstock Trustee Services was continuing to enjoy success and expansion and in 1989, having seen the potential of the company, I joined the ranks as a trainee pensions administrator. There were five employees, and just two of us working on distressed work. I didn’t know at the time, that this was the beginning of a long and exciting career with the company that would eventually become 20-20 Trustees.

Next week, we revisit the nineties!