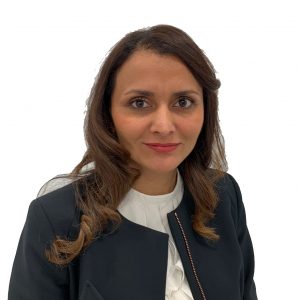 A recent poll of pension industry professionals agreed that more must be done to improve diversity but what does that actually mean in practice? How does one attract both members and leaders to become trustees – acting for the greater good and for little or no pay while talking on greater responsibility? And what do we actually mean by the term diversity?

20-20 Trustees Managing Director Naomi L’Estrange has previously written about her experiences as a woman in a male-dominated world. She asked: ‘Should I be concerned that gender is often the only diversity characteristic for ESG monitoring and should I be more focussed on diversity of ethnicity, (dis)ability, opportunity/education, sexual orientation? As the above research figures highlight, if gender was the only diversity characteristic – boards are not even getting that right.

Nobody said it was easy

Taking the Equality Act 2010 as a guide, ‘diversity’ includes characteristics such as age, disability, gender reassignment, marital status, race, religion, sex and sexual orientation as well as background, life experience, career path and diversity of thought. So, having a truly diverse board is never going to be easy, but neither is it impossible. Indeed, often a small step can make a difference.

It has been argued that at the very least, Trustees should reflect the membership group they represent – for example, if one has a workforce that has a majority of women, the Trustee Board should be mainly comprised of women. However, as we know it’s hard enough to get people to become a trustee without specifying particular characteristics.

While most of us would argue we are not prejudiced, like it or not, research shows that there is unconscious bias where people tend to gravitate to people like themselves. If we continually recruit people like us, we may fall victim to ‘group think’ which psychologists describe as striving for consensus, keeping the peace and going with the majority view.

To my mind, a Trustee Board hugely benefits from cognitive diversity, bringing in new ways of thinking, different perspectives on members’ wants/needs and ultimately challenging conventional wisdom.  An effective Trustee Board needs to have an egalitarian culture — one that is inclusive, integrates contrasting insights and works hard to become aware of any unconscious bias and takes positive steps to address them.

So, what should we be doing to recruit a more diverse trustee to the table?

Whether you support diversity initiatives or not, make no mistake, the issue isn’t going away; this is becoming an integral part of The Pension Regulator’s 21st century trusteeship, and rightly so. The time for change is now.