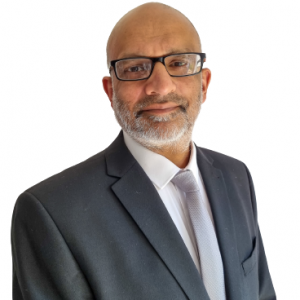 As we all look to enhance our environmental, social and governance (ESG) credentials, one area often over-looked is the Sharia compliant pension.

Sharia compliant pensions invest savings in accordance with Islamic principles on finance, however, they are not only suitable for those who want to ensure their pension is in line with their faith – but also for those who want more ethical pensions. Why? Well Sharia compliant pensions, also known as ‘Halal Investing’ will restrict or exclude investment in unethical companies including:

Another significant norm of Islamic finance is the requirement that no interest is earned or paid, as interest is not considered as an equitable form of transaction. A Sharia compliant pension sees wealth created by profits made through trade and investment instead of interest. This is a different perspective than one we are familiar with – however, choose the right financial product and you could see healthy returns.

As a responsible business, here at 20-20 Trustees we often talk about the need for transparency – and guess what, it’s another box ticked, as an additional core principle of Islamic finance is transparency in financial contracts and agreements.

If this was not enough to tempt trustees to look at Sharia pensions, one should also consider that by failing to offer Islamic funds as an option for employees to choose from, it could place trustees at risk of discrimination claims.

In a legal opinion by Islamic Finance Guru, Paul Newman, barrister at Wilberforce Chambers, stated that it was against the Equality Act 2010 and pension trustee duties to not provide a few Islamic funds for employees to choose from.  Twenty percent of the UKs 3.4m Muslim population are in work and one third do not have a pension due to the lack of sharia compliant pension options available. Newman said a scheme failing to offer a Sharia option “is likely to constitute discrimination for the purposes of the Equalities Act 2010, and that the trustees of the scheme concerned will be obliged by that legislation to rectify the discriminatory conduct by offering such an option to scheme members”.

It’s not difficult to include Sharia pension funds as part of your pension provision offered to employees.

In reality, ensuring that your pension company, especially the larger ones have a Sharia fund should not be too difficult, as there are plenty of these funds to choose from. This issue should be on the agenda of trustee boards as I believe it is one that will be talked about a lot more. It’s our duty to ensure that our pension schemes are not discriminatory. As most large fund managers offer Sharia compliance, finding the right one for you and adding it on as a choice for members is not a major ask.

The Muslim community is quite rightly raising concern about pension poverty because Muslim consumers are not able to access pension choices that fit their beliefs. This issue is going to become a hot topic and it makes sense for Trustees to think about it now. The Government and The Pension Regulator will be under pressure to raise awareness of the issue, not just for the thousands of Muslim workers who may be facing pension poverty, but for all of us concerned with ESG.

Clear convergence between Sharia and ESG

Halal investing is still mainly unfamiliar in the UK despite recent average annual returns of leading Halal funds exceeding 20%.  However, there is a clear convergence of values between Halal investing and ESG funds, the latter have been doing really well for the last five years and Sharia funds have kept up with that.

In many ways adding Sharia funds to your pension options is a no brainer. It will appeal to your Muslim employees which ensures your options are inclusive, but it will also appeal to those members who care about ESG. In my mind, there is a clear overlap between the two and it should be a relatively easy win for Trustees.

With over 40 years-experience in trusteeship, 20-20 Trustees is an award-winning professional independent trustee organisation, committed to making a difference in the world of pensions. Whatever your trustee requirement, including finding out more about Sharia investing, we’re sure we can help. Get in touch today!