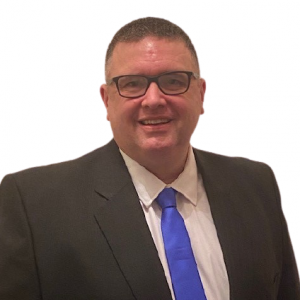 Stuart joined 20-20 Trustees in December 2020 and has worked in the pensions industry for nearly 30 years, starting his pensions career in 1991 in an administration role with Sun Life Assurance. Over the following 15 years, Stuart made a series of key career moves where he graduated from pensions administrator to pensions manager for a FTSE client, before in 2006, moving from administration to pensions consultancy. His background in administration paid dividends in his consultant role, where for the next 10 years Stuart undertook a strategic role as Senior Consultant and Client Director, first within SBJ Benefit Consultants, later Bluefin, followed later in 2011 by Alexander Forbes, who became part of JLT, where he worked with clients and industry colleagues to navigate trustees and sponsors through the pensions landscape.

During his time as a pensions consultant and later client director, Stuart engaged in all aspects of UK pensions provision from occupational final salary and money purchase pension schemes to group personal pension plans and assisting employers in the development of employee benefit strategies, following the introduction of automatic enrolment.

Before joining 20-20, Stuart worked as a professional trustee for another independent trustee company, where for nearly 5 years where he acted as trustee for over 15 clients, and where for the vast majority, he was appointed chair. As a professional trustee Stuart has worked with sponsors, advisors and industry professionals on a number of schemes, where alongside his trustee colleagues, he has dealt with several complex funding and sponsor discussions, to address the challenges of funding, covenant and investment negotiations, all of which designed to achieve outcomes which provide for the future protection of the pension scheme and its benefit commitment to members, whilst protecting the sponsor.

Stuart’s broad experience of the pensions industry is well known, but in particular, it is his technical, administration, consultancy and trustee management skills, combined with great communication skills which have stood him in high regard. These skills combined with his commercial acumen and governance background are the trademark of Stuarts’ place within the UK pensions industry.

When Stuart is not in work, he enjoys spending time with his two young children and his partner, who is herself a long-standing pension professional. Stuart has several hobbies, and is a keen football, rugby and cricket fan, but also is a lover of all things with an engine in, and since its restoration enjoys taking day trips in his classic and original 1970 VW beetle.