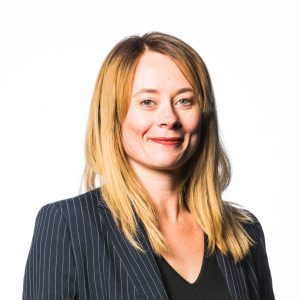 This case study relates to a DB scheme in a Pension Protection Fund (PPF) assessment period which owned a long-term lease and sub-let it to a well-known hotel chain. Citing an unprecedented business downturn, the chain filed a Company Voluntary Arrangement (CVA) in June 2020 proposing to reduce rental payments across their estate while retaining ownership of the business, with all of its 500+ sites remaining open. As owners of the lease, the Trustees were asked to vote on the proposal along with the other landlords.

20-20 Trustees had been preparing to dispose of the asset at a live stream property auction as part of the project work preparing the scheme to transfer to the PPF. Historically, the rental payments contributed to income for the pension scheme.

In March 2020, the tenant had not paid its quarterly rents across their entire estate which they stated was as a result of COVID-19. Tenants had of course, been protected from eviction during the first three months of the pandemic under emergency government legislation so landlords could not take any action at that stage.

Just prior to the date of the live stream auction, a story broke in the Financial Times, noting that the tenant would likely push for a CVA if they could not get agreement to rental concessions from its landlords which it had proposed by way of an informal agreement.

A  CVA proposal (300+ pages) was subsequently lodged in court. This proposed a reduction in rent for the property owned by the Trustees of c50% over a 3 year period, although did include an option to extend the sub lease for a period of three years, which would potentially enhance value given the remaining term of the existing sub lease was only ten years, together with a share of future profits (above a certain level) of the hotel chain.

The Trustees had a short timescale to carefully consider the proposals in conjunction with its specialist property advisers and the PPF under the CVA against the alternative of administration, which could have had a material detrimental effect on value, to secure the best outcome for the scheme. Whilst the reduction in rent was clearly unwelcome it offered a secure, stable and known income for either the pension scheme or any future investors when the property is eventually put back on to the market for sale.

After much deliberation and consultation with all interested parties the Trustees voted in favour of the proposal. Given that the business in question is owned by investment bankers and hedge funds, suggestions were made, in the press, of the COVID-19 crisis being used to cut costs to the detriment of landlords. However, regardless of this possibility the Trustees recognised that they had to make a dispassionate and neutral decision to obtain the best outcome for the scheme.