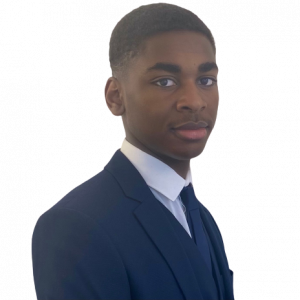 Each month, 20-20 Trustees identify a different diversity-related theme and work hard to deliver content and programming in order to raise awareness and engage colleagues on these important topics.

August 2021 was dedicated to the theme of social mobility and whilst that nomenclature may be a bit misleading, the concept is important. We need to actively pursue talent from places that we have often overlooked in the past – not through any ill-will, but through habit and common practice.

We are a much richer organisation, able to creatively solve the most complex challenges, if we gather round the table people who bring with them different views, perspectives, and life experiences. This is the diversity that is very hard to measure – you can’t see it – but you can feel it and watch its power in action as we grow our business.

Being brilliant doesn’t require a university degree, for starters. It’s a pleasure to introduce to you Donray Rae, a recent joiner to the 20-20 Trustees team who is already making a tremendous positive impact to our business development efforts and the wider 20-20 team. He’s an 18-year-old ex-footballer who rejected four universities and decided an apprenticeship pathway was the finest choice for him and his career after completing his A-Levels.

He shares his story with us here.

During my first year of sixth form I spent most of my time trapped at home. COVID-19 had a tragic effect on the education system and inspired me to look towards more non-traditional pathways other than university.

Even though all my friends were planning to go to university, I was still not persuaded to join them. My school and family tried effortlessly to push me towards going to university, but I knew early on that it wasn’t for me.

Despite being a teenager with no experience, I was excited to join 20-20 Trustees and embark on my new adventure in the pension industry.

In fact, I actually turned down working with the BBC and the UK Government at apprenticeship level because I was thrilled and empowered to be given the opportunity to be working in the financial sector, but also because of 20-20 Trustees’ commitment to me.

Working in pensions has been a remarkable experience so far. No two days are the same, and each interaction offers me more insight into the professional financial world. Working as part of the business development team has given me the opportunity to meet people who work across many roles – from trustees of pension schemes to actuaries, from senior advisors to insolvency practitioners. To younger people, I understand that the pension industry may look quite staid and intimidating, especially for a black male – there are not many of us here – yet! However, I have honestly received a great introduction to the industry. I’ve had calls externally and internally with great people who have over 20 years of experience, and I know I can only speak from my 20-20 Trustees experience so far, but everyone has been welcoming and supportive.

I love the fact from day one I was told my voice is as important as anyone else’s in this industry. I’ve never thought about working in the pension industry beforehand, but now I plan to make a difference while I’m here.

I think the pension sector isn’t given the respect and publicity it deserves. Working in pensions is probably not high on the list of any school or college leaver, but I think that’s mainly because people are just not aware. Already I have learned the difference between a DB scheme and a DC scheme, making me more financially savvy than my fellow teenagers. My generation is the future and I am passionate about helping them become more financially educated – we don’t think about our pension plans until it’s probably too late.

I don’t know exactly where my future career lies but I do know there are great opportunities for me in the pension or financial sector and this apprenticeship is the first step on the ladder.

I want to work hard for the next two years to gain my Bid and Proposal Co-ordinator qualification. I want to make 20-20 Trustees glad they made the decision to take me on and hope to learn from all these incredibly smart people around me.