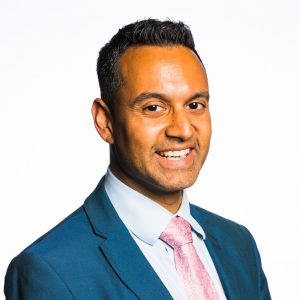 Back in the day, when the pension scheme was not even a number on the balance sheet, the pension fund was very much an afterthought when it came to corporate transactions.

Over the years, there has been some evolution and increased sophistication, such as adjusting the price of the deal to take into account the pension fund deficit and uncertainty – but Trustees have tended not to be involved, deliberately or otherwise, in the process until a “deal” had been all but done.

All that is set to change when the Pensions Bill makes it to the statute books later this year. The new legislation will require sponsors and the Trustee to demonstrate that they understand the implications of the transaction on the pension scheme and that there is a well thought out plan to mitigate any negative impact.

The pension fund can no longer be an afterthought and Trustees will have to be brought into the loop much earlier. The Pensions Regulator wants sponsors to provide them and the Trustees with a Declaration of Intent in certain circumstances. This document will need to set out the company’s plans, such as selling all, or even part, of a business and how these plans will impact on the pension scheme. It will want to know how support from the sponsor may change and set out how any detriment to the pension scheme will be mitigated.

This is a significant change that should not be underestimated as it could have a considerable impact on a transaction and will change how buyers and sellers think about the deal. Trustees must understand who the buyer is, whether support for the scheme is weakened and by how much. They will also need to consider the longer-term investment strategy and how the long term objective of the pension fund (another new requirement coming in this year) can be supported before the deal can be struck.

The new world of corporate transactions will see Trustees being a part of the process in a similar way to other creditors, and therefore brings the pension scheme Trustees to the negotiating (and thus influencing) table. This appears to have been a long time coming and is good news for pension scheme members. However, members need to be reassured that their pension scheme trustees are in a position to be able to positively influence a transaction so that their long term security is not inadvertently reduced by the Trustee scuppering a value-adding deal.

Many Trustee Boards will not have gone through a process like this before and so may not have the experience to manage what can often be a complex process. Trustee Boards who don’t understand the transaction process may be too slow in making relatively straight forward decisions. Or, there may be Trustees that perhaps have difficulty in assessing the merits of a transaction and/or may be too risk averse. This may mean the sponsor not benefitting from any proposed transaction (perhaps including investment), which could be crucial for the company and covenant-enhancing for the pension fund in the long term. Or, Trustees might use the transaction as an opportunity to ask for too much which could also halt a win-win deal from going ahead.

The new legislation has to be welcome as it is undoubtedly good news for members. Helping to protect their interests and hopefully avoiding any repeats of cases such as with BHS. However, without the right experience and knowledge, there is concern that Trustees could derail a transaction. Therefore, it’s important for Trustees to know what a good deal looks like, to ask the right questions and be comfortable in making decisions quickly and pragmatically.

As merger and acquisition specialists, 20-20 Trustees are already working with several businesses on corporate transactions. Our role is to work with Boards of Trustees to guide them and give them confidence through the process. Our expertise means we know what questions to ask and we have a good understanding of what a good deal looks like.

If your business is thinking about disposal, change of ownership or any corporate transaction please get in touch. Further information is available via a recent webinar on the issue.