The importance of a good Scheme Secretary 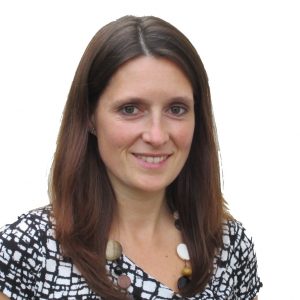 The role of Scheme Secretary is often undervalued and considered as little more than a minute taker or PA. Sometimes a non-pensions company employee is appointed, with insufficient knowledge or capacity to give the role the time and attention it truly deserves. In fact, the Scheme Secretary is a key senior position, providing vital technical and governance support to the Trustee Board. With The Pensions Regulator placing more and more governance requirements on pension scheme Trustees, a good quality Scheme Secretary with strong technical pensions experience can help to make all the difference between a well-run scheme and merely a satisfactory or even poorly run scheme.

Being Scheme Secretary involves more than just arranging Trustee meetings and taking the minutes. An experienced and professional Scheme Secretary brings vital skills to the role, is a pivotal point of contact for all stakeholders and is involved in every aspect of the pension scheme. A professional Scheme Secretary will have the technical know-how to help the trustees understand the advice they are given and challenge their advisers, work collaboratively with the Trustee Board, sponsor and advisers, manage third party adviser relationships on behalf of the trustees, be aware of deadlines (statutory or otherwise) and ensure that everything gets done when it should be done!

In addition to the core meeting work and minute taking (minuting complex technical discussions is not as easy as it sounds!), the Secretary can also take on much of the governance work including preparing and managing the business plan and scheme budget, managing scheme risks, maintaining the governance documents and policies, identifying skills gaps and arranging trustee training, helping the trustees with strategy, assisting with member communications, managing any complaints and acting as the first point of contact for the scheme. Without an effective Scheme Secretary, all of this work falls on the shoulders of the trustees.

A good Scheme Secretary is a valuable resource, easing the burden on the trustees, many of whom perform the role in a voluntary capacity in addition to their ‘day jobs’. When an experienced Scheme Secretary is appointed, the trustees can focus their attention on strategy and decision-making, rather than day-to-day governance, and ensuring that timely action is taken when needed.

The Scheme Secretary is therefore much more than just a minute taker but is a critical part of the wider Trustee, sponsor and adviser team, all of whom are working towards the ultimate goal of good outcomes for the pension scheme members.

At 20-20 Trustees we can act as Scheme Secretary, either as a stand-alone appointment or as well as being appointed as an independent professional trustee. The Secretary and trustees (particularly the Chair) work very closely together and when we are appointed to both roles, this brings efficiencies. A team of Trustee Consultants supports all our Trustee Directors and Associate Directors. This structure mitigates key man risk, which can often be a problematic issue for Trustee Boards.

Our team at 20-20 Trustees would be pleased to provide you with further information about any of our services.